Why Language Learning in the US is Broken
Start Learning Free

If you’re going to do something, do it right.

Unfortunately, language learning is rarely done right. In the United States, it’s especially broken. Billions of dollars and millions of hours spent a year with very little to show for it. High school classes, free mobile apps, prestigious universities, expensive software to study on your own. Yet less than 1 percent of American adults are proficient in the foreign language they studied in school. That’s staggering when you consider almost all high schools in the country “teach” foreign languages.

For most of us, nearly everything we were taught about how to learn a foreign language is wrong. We spin our wheels for months or years wasting precious time on the wrong type of study. How much time and money have you spent doing the following? 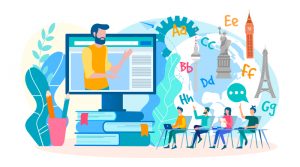 Immersing your brain in what linguists call “comprehensible input” is the only path to fluency. It’s how your brain acquired your native language.

To accomplish this, Parley Blue is a combination of 1-on-1 tutoring calls plus daily in-app lessons made just for you by your French, Spanish, or Portuguese coach. From day one, you’re immersed in your target language, listening to and speaking full sentences like a native. You become fluent learning topics and phrases that are meaningful to you.

Try a free coaching call with no obligation. They’ll then go to work creating custom lessons, just for you.