I grew up in a small town near the Rocky Mountains in Idaho where everyone looked, believed, and spoke, more or less, the same. I’d never seen poverty or ridden in a taxi. In my small corner of the world, there was a right way to do things. A predictable and acceptable path that everyone seemed to follow. It was a happy and safe upbringing that I didn’t recognize as insular.

At 23, still having never traveled to New York, Chicago, or Los Angeles, my husband and I left our toddler son in the care of my mom and set out on our delayed honeymoon. I found myself experiencing profound culture shock as I stepped foot on new red soil in Rio de Janeiro, Brazil. Never had I imagined life could be so loud, hot, crowded, or beautiful. 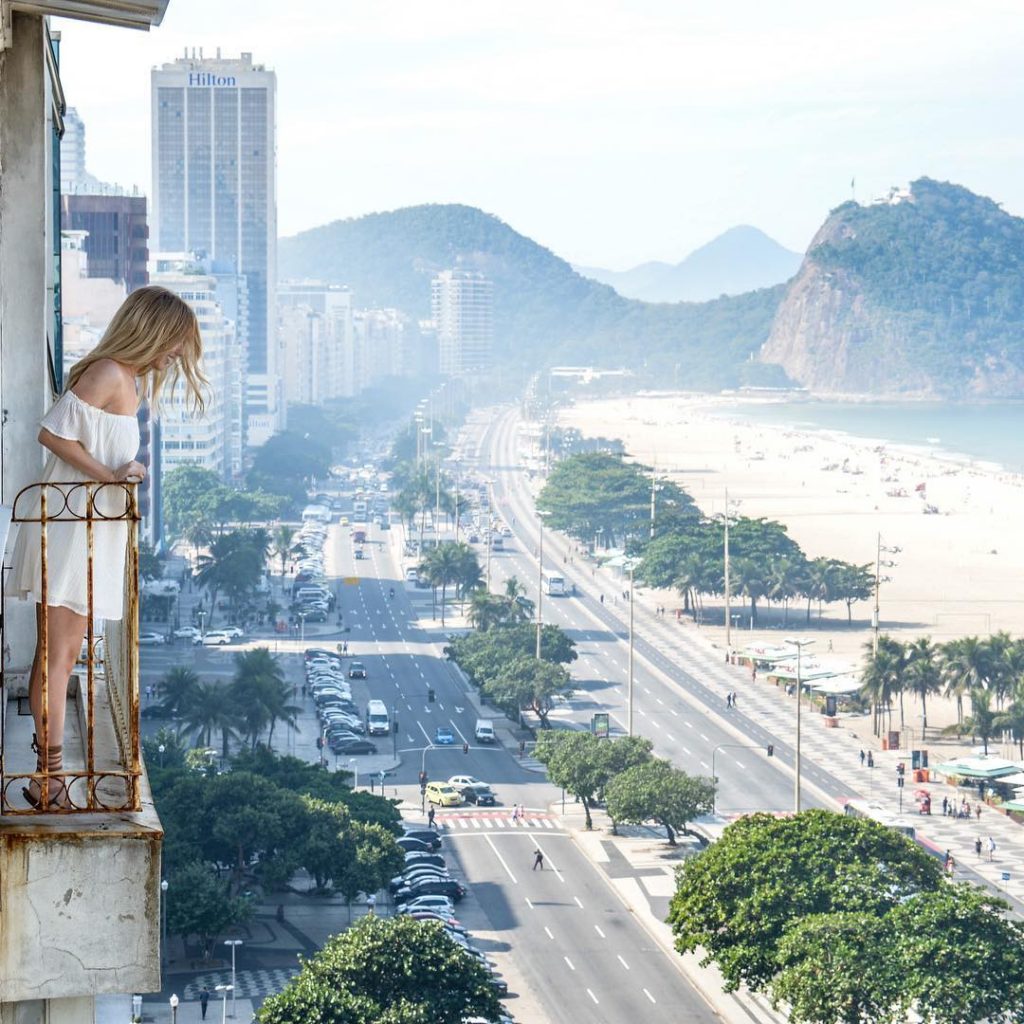 From the top of Pão de Açucar, or Sugarloaf Mountain, the topographical view of Rio was better than any postcard. I could almost feel the beat and rhythm of the city down below dancing together with the jungle leaves, coaxed gently by the ocean breeze. The city was dynamic, alive, and full of color.

The sun had set but the colors of the city grew more vibrant. Lights from restaurants, pharmacies, billboards, and streetlamps, bounced off brick walls covered in impressive street art and graffiti. Jet lag left us wandering the streets near our hotel well past midnight, following after the distinct smell that belongs to Brazil; padarias (bakeries) and the humid jungle.

We turned up a street and saw a tired woman sitting on the curb breastfeeding her tiny infant. The baby was dressed only in a diaper and the mother’s breast was completely exposed. They both looked incredibly hot and uncomfortable. I became aware of my sundress sticking to my body and remembered the year I’d just spent being so intimately attached to my baby. In the mountains, my concern had always been providing warmth and blankets, the complete opposite was true for this baby.

This Brazilian mother has stayed with me for over a decade now. She was the start of an uncomfortable and exciting paradigm shift for me. Had she spent the entire night there on the street with her child? Did she have a bed to go home to?

My love and gratitude for Brazil and its people is profound. I’ve learned how to speak Portuguese and my family has spent two and a half years living in the jungle by the ocean. I’ve now met many Brazilian mothers that, because of the bridge learning Portuguese has built, I am lucky enough to call my friends.

After an elective cesarean section delivery, I watched my friend, Gabi, change her newborn son’s diaper. With care, she cleaned him with cotton and tepid water as she told me about the celebration that took place in her hospital room after her son’s safe arrival into the world. A continuous stream of guests flowed through the hospital room eager to smother this new life with love. Each guest was given a gift, handmade by Gabi, to show her gratitude for their impending involvement and devotion in her baby’s life.

I, on the other hand, had a traditional American baby shower, held months before my natural childbirth, and chose to wait a few days before welcoming visitors.

On a brisk summer evening several years later, my husband and I shared an unexpected international meal in a cozy mountain chalet in Morzine, France. I had cooked a large pot of soup made of fresh cream, basil, and brilliant red tomatoes and had plenty to share.

Across from me sat a stern Chinese woman and her rosy-cheeked British husband. We’d spent the afternoon alongside one another chopping vegetables and sharing a gas stovetop that had to be lit with a match. To my right, a University student from Norway, in France to explore the Alps on his mountain bike, and a timid twenty-something from Switzerland, in Morzine to improve his French.

While everyone at the table spoke at least two languages, I was grateful that the shared common language was English. The conversation began with pleasantries about travel and home, but with a group so diverse our curiosities growled as loudly as our hungry stomachs and we did exactly what we weren’t supposed to do: discuss politics and religion. Respectfully and delicately, we explained our perspective culture’s approach to education, religion, and even gun control. It’s hard to remain divided when you’ve broken bread together.

My eyes were opened to new ideas and perspectives. Through one shared meal, I became more understanding and empathetic toward entire nations. And while I didn’t necessarily agree with every new position that had been introduced, I could better understand each person’s perspective a little more. Accessing new ideas and cultures through language is an unbeatable gift. I’ve learned through dialogue we can foster empathy and conversations can’t even begin until we learn to speak the same language.