Creating Habits by Leveraging the Concept of Loss Aversion

So I’m thinking about habit tracking lately. Trying to figure out why it works.

Let’s make it real. Let’s talk about the habit of practicing your new language. Specifically, doing your daily lesson in the Parley Blue app.

The idea is simple: keep track of how many days in a row you’ve completed your daily lesson.

Watch the number build up. And, magically, once it passes 10 or so, that number becomes a watchful judge. It sits there, just waiting for you to miss a day. If you do, you’ll reset the counter to 0. But if you don’t, it gets bigger.

The pain of breaking the chain gets larger. And your internal motivation to do your daily language lesson gets larger too. 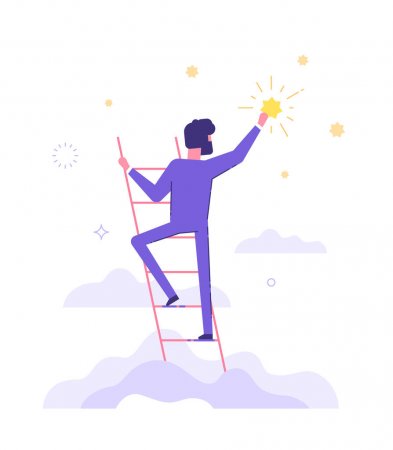 The Pain of Loss

The reason this works is because of a concept called loss aversion.

Go look it up, if you haven’t heard of it. If you have, a short refresher. Humans fear loss more than they desire gain. Therefore, if you have a Ferrari, you’ll do more to keep from losing it than someone who doesn’t have a Ferrari will do to get one.

Loss aversion is a basic evolutionary strategy. A “loss” can be as severe as the end of your life. But a gain has never led to the opposite, immortality. So loss aversion is just how evolution has solved that conundrum. Weigh the loss as more important than the potential gain. Better to avoid the loss, stay alive, and be around for good things that may happen later.

The Power of Pain

So if you’re struggling to build the habit of daily language learning and it just doesn’t seem to stick, use loss aversion. Use your biology to work for you. Invoke the power of pain by building a chain for your habit. The longer it gets, the harder it will be to break.